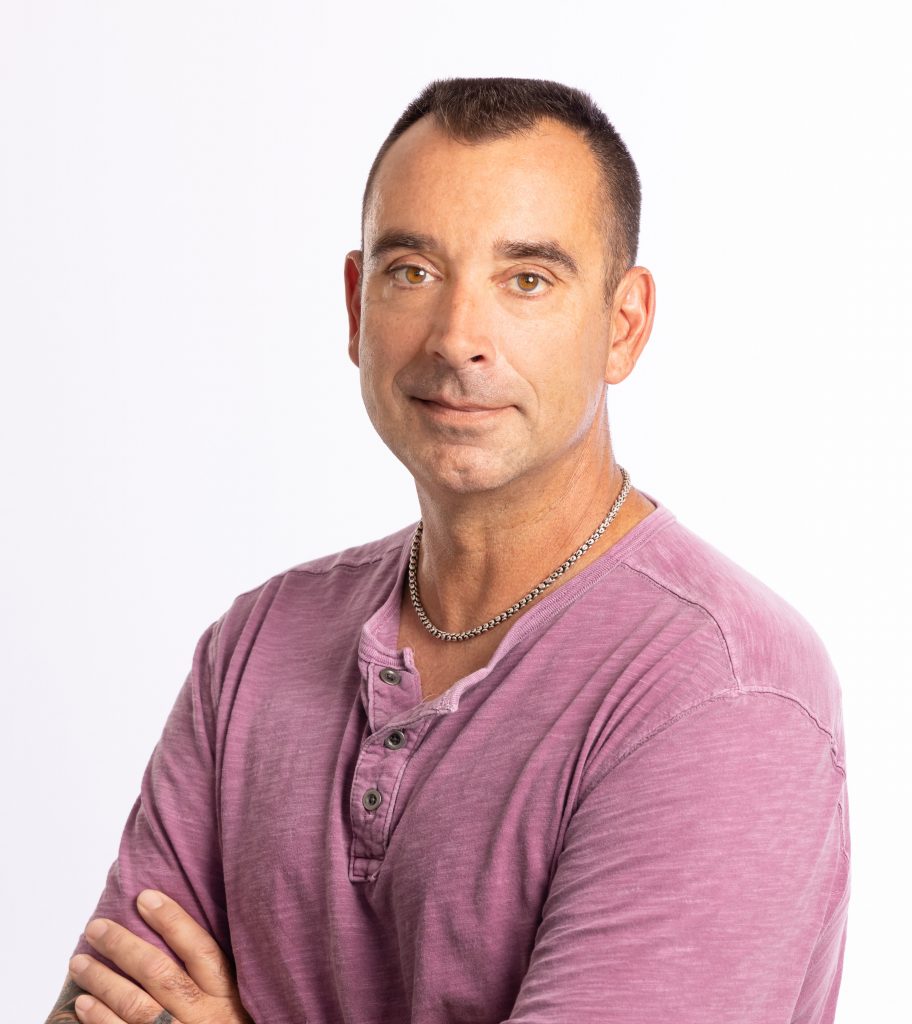 Bill Meginley re-joined Aubuchon Homes in 2021 as a Superintendent after working with the team from 2006-2009.  Bill is a certified Florida building contractor.  Originally from Philadelphia, he started his construction career as a general contractor in PA, NJ, and NY.  He’s built log cabin homes, worked in high-end remodeling, repaired and renovated historic structures, and most recently resolved and repaired issues with newly constructed homes.

Bill has been featured on Discovery Channel’s Gimme’ Shelter on 2 episodes! He was the featured general contractor on one the episode about remodeling a home. Bill talked about remodeling the stairwell to make a loft and turning two existing bedrooms into one master bedroom with his and hers walk-in closets.

On a personal note, Bill and his wife, Michelle, have been together for 34 years thru injuries, health issues, two daughters, laughs, losses and life.  He and his family moved to Southwest Florida to escape the harsh northeast winters.  He became a certified Lacrosse coach and a certified soccer coach volunteering nights and weekends from 2005-2018 at a recreational and competitive level.  Bill enjoys spending time around and under water. He is a dive master, guiding divers in the keys, working with local dive operations removing debris from the reefs, re-planting corals, and photographing sea life.  Bill is also an avid aquarist with a 410 gallon reef tank at home. He owns several muscle cars and enjoys entering car shows and cruising around beautiful SWFL for sunsets.

Bill looks forward to once again having the full support of the Aubuchon Family to help oversee every aspect of the construction phase.