Habitat for Humanity of Lee and Hendry Counties has announced its slate of officers and two new members of its Board of Directors for 2019.

Gary Aubuchon, president of the Aubuchon Team of Companies, will lead the Habitat Board as chairman for 2019. Aubuchon has served on the board since 2013. Other officers are Pam Avesian, Chico’s FAS, Inc.; Carl Barraco, Barraco & Associates; and Robert Arnall, FineMark National Bank and Trust

Joining the Board of Directors are Ginny Dickinson and Debra Penuel.

Visit habitat4humanity.org. for more information about Habitat for Humanity. 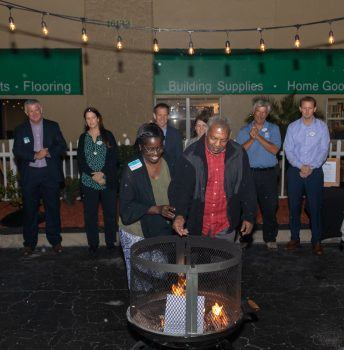 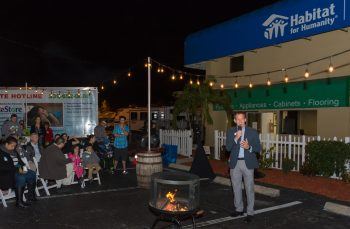 Above: Gary Aubuchon speaks with attendees during the Habitat for Humanity mortgage burning ceremony.  The event is a  celebration for Habitat homeowners who have paid off their mortgage.

Expect more from your builder. Allow us to exceed your expectations

Tell Us Your Story ›